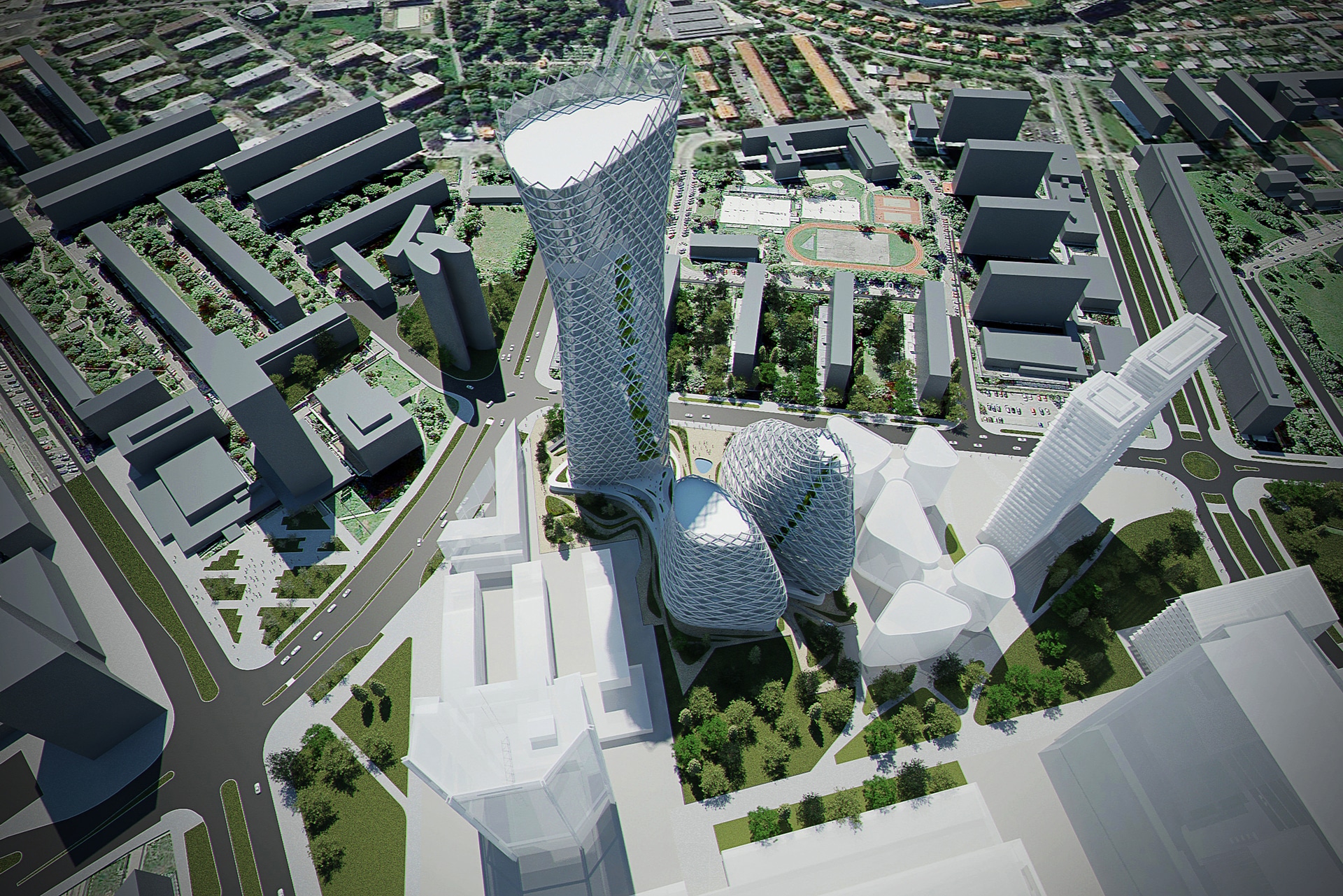 When joining QP, you get the opportunity to work in a fast-moving, dynamic and challenging environment, being exposed to numerous projects, clientele, disciplines and developmental experiences. You also become part of a dynamic and diverse team that is truly pioneering construction design and engineering. With 17 different nationalities comprising our various teams, QP brings talent and opportunities together to create iconic and transformational projects in various countries such as Malta, Kiev, Brussels, Prague, Africa and more.

Inspired by creativity and driven by passion, we strive to exceed our own and clients’ expectations with excellence, innovation, integration of clients’ objectives, seamless design, engineering and management and continuous collaboration within our teams. Recruiting the best talent, we team up through our combined professional experiences to develop our teams as we continue to create some of the most unconventional spatial and design concepts, across the various cities we work in. Together, our expert and highly talented staff are involved in some of the most cutting-edge projects. We emphasise sustainability to change the built environment for future generations, combining aesthetics with practicality and well-being, while simultaneously overcoming the ever demanding challenges related to the industry in an environmentally conscious climate.

Working on a full-time basis, the chosen candidate will primarily be responsible the following duties:

Candidates are invited to send in their detailed CV together with their accompanying portfolio on hr@qpml.com

All applications will be treated in strictest confidence. 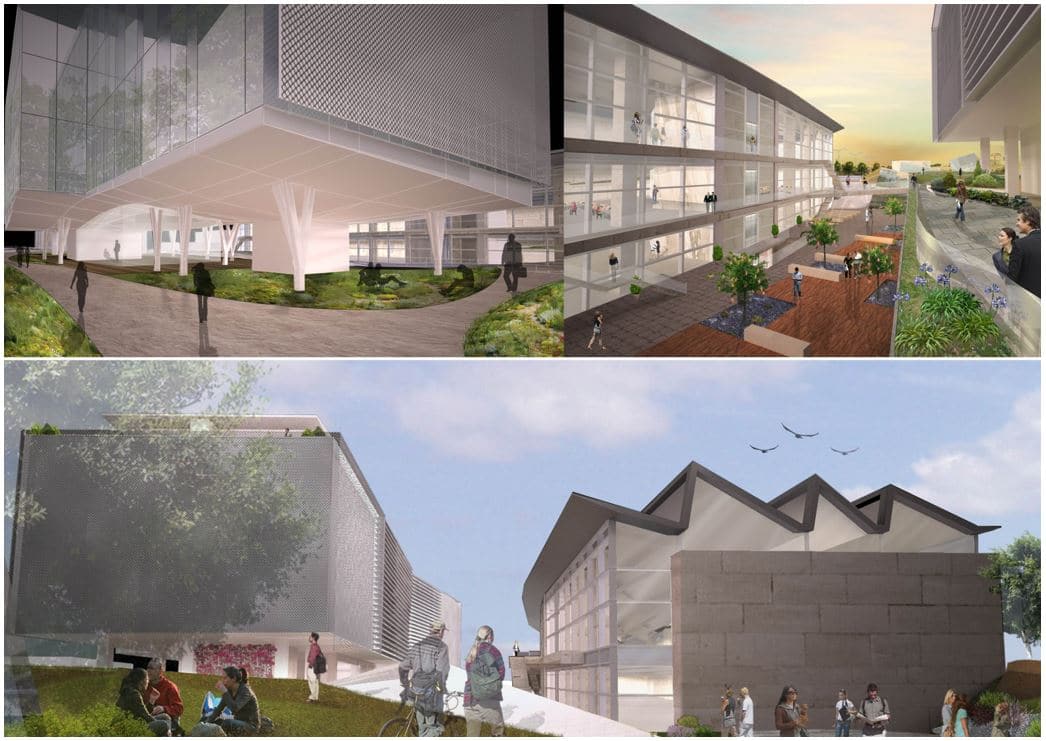 QP has been appointed, under a Design-and Build Contract, as Structural Engineers, Site Managers and M&E Detailers for the Sustainable Living Complex Project at the University of Malta. The project envisages the civil works for the construction of research, teaching and office facilities at the University of Malta, on a site footprint of over 9,000sq.m. The project is divided into two superstructure buildings, one accommodating offices and small laboratories, whilst the other design studios. At ground floor level, approached from an internal street/plaza, contains lecture halls and tutorial rooms. The substructure levels are dedicated to laboratories and workshops.

The building provides a robust and adaptable framework for state-of-the-art product research and development, with laboratories, offices, workshops, and specialist areas all capable of adapting to respond to future demands. This is a very challenging project for QP both from a design and a construction point of view and makes use of a hybrid of construction techniques and practices, including reinforced concrete core and frames and structural steelwork inclined columns, diagrid and space frame.

QP was tasked with a number of challenges in the design, including devising a multi-storey structure that rests on inclined columns. The central feature of the space is a monumental staircase suspended from a steel diagrid enclosing the central atrium.

We worked extremely closely with the stakeholders to integrate the engineering design into the architectural form, allowing us to render the spacious areas desired by our Client and resulting in a building that is highly functional and aesthetically beautiful.

QP is making use of the latest software for the analysis, design and detailing of reinforced concrete and steel buildings, which enables the creation and management of 3D structural models from concept to fabrication.

Bringing together engineering teams and leading the way as innovative multidisciplinary design, the new SLC complex is a showpiece for QP. The project represents the ambitions of the University of Malta, demonstrating the best in architectural and engineering design while offering an inspirational environment.

The project is expected to be completed in shell form by the third-quarter of 2022. 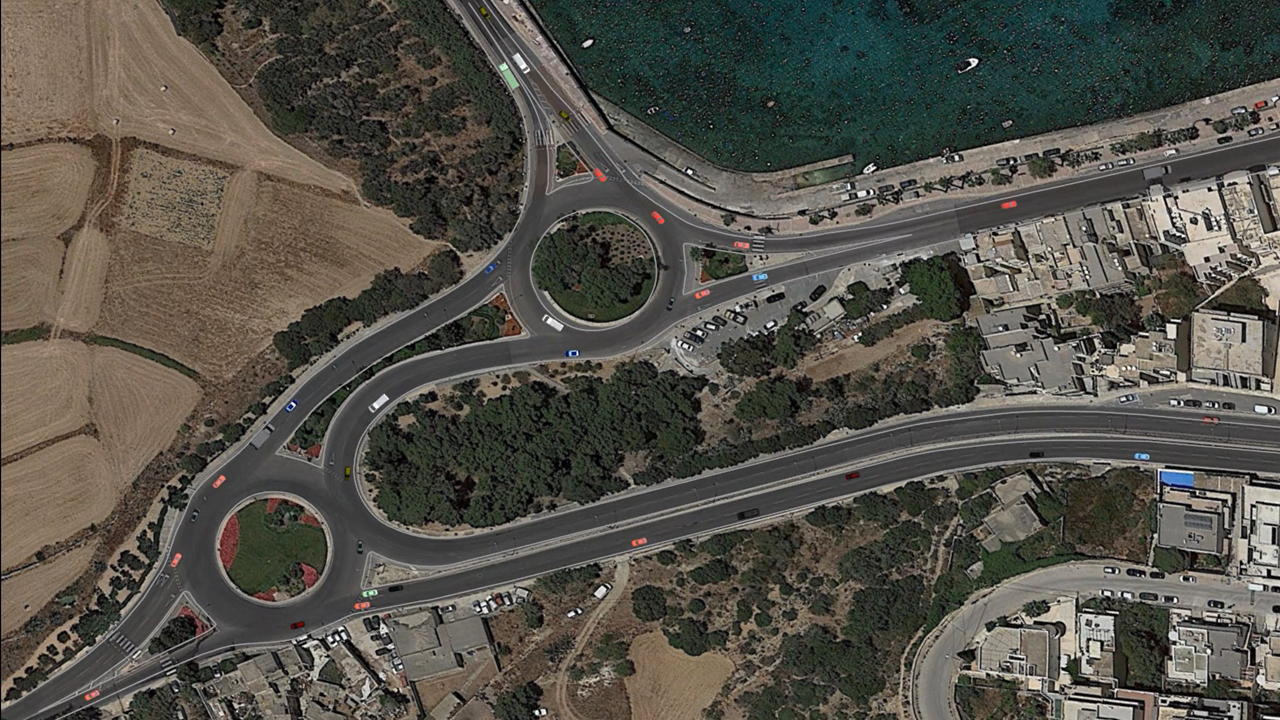 Traffic behaves in a complex and nonlinear way, depending on interactions of a large number of vehicles. Despite having a population of less than half a million, Malta has one of the highest cars per capita in Europe, with the possibility of the number of cars on the road increasing faster than the population of the island. Thus traffic flow assessments to identify potential problems is of utmost importance both in the Maltese islands and also in fast-growing urban areas around the globe.

At QP, we utilise microsimulation to reproduce real world traffic conditions in a virtual model by simulating detailed individual vehicles behaviour on generated road networks. Microsimulation models are used to predict the likely impact of traffic patterns resulting changes to the physical environment.

Prior to generating the model itself, QP carries out surveys of existing road networks to a level of detail that would include imaginary road markings which are not visible in the real world. Our QP modellers are able to achieve a high level of accuracy when reproducing these models. Traffic will be assigned based on actual traffic demand generated from various zones linked to the network which is captured using video. We carry out multiple data collection to ascertain the validity of the inputs and modelling through detailed calibration checks, matrix estimation and emissions assessments.

By simulating vehicle behaviour on the roads, the interaction of different parts of a road network can be clearly understood. This provides an excellent opportunity to test out any new traffic network management schemes to optimise ensure they integrate properly before costly implementation measures.